makes what may be the best cup of coffee you’ve ever tasted! 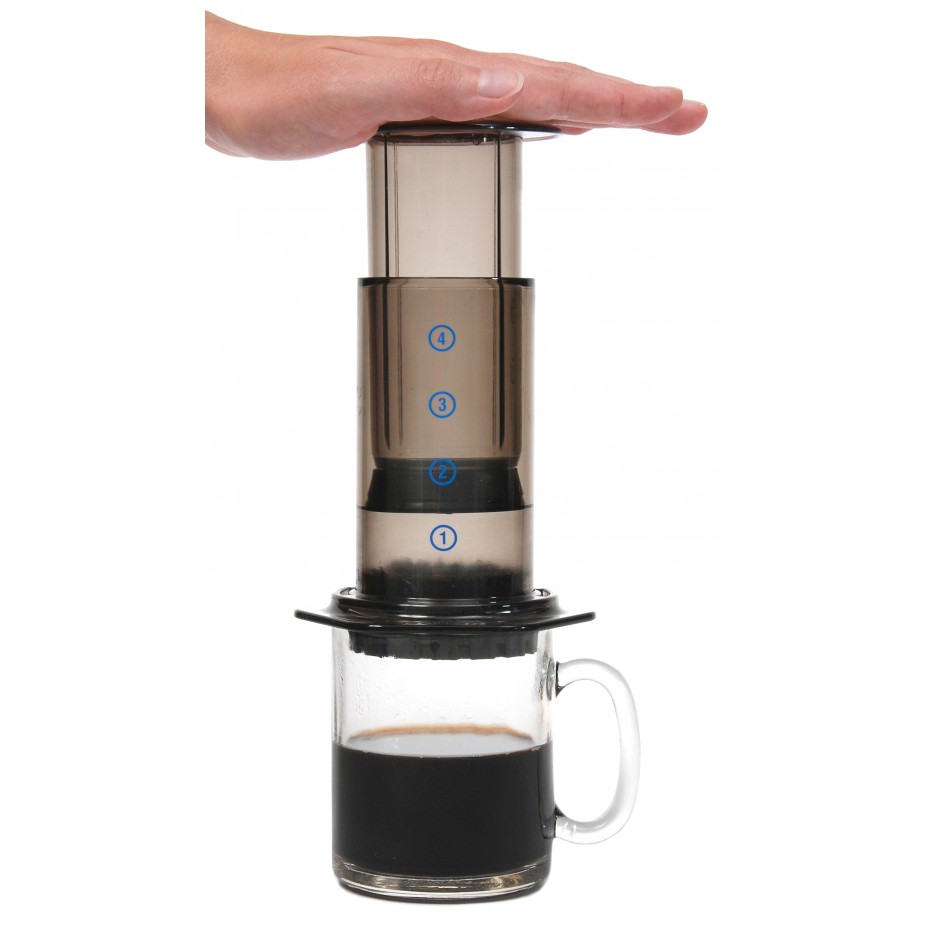 Is there anyone who hasn’t seen or tried the latest single serve coffee makers? They’re all the rage lately. These amazing machines consistently make great coffee from tiny pods that are both easy to use, and easy to throw away. The Keurig

is one of the biggest sellers these days and works great for those without much time in the morning (our review of Keurig can be found here). Looking for alternatives on the web I stumbled upon a little contraption called the Aerobie AeroPress. Let me tell you about this device…. with a little bit of hands-on effort it literally makes the best cup of coffee you may ever taste.This funky looking item found typically for less than $30 caught my attention immediately. People were calling it the best single cup coffee maker available. When I saw that people from all over the world compete in the World Aeropress Championships, I knew I had to be onto something truly unique.

The AeroPress by Aerobie (yes, the same makers of the famous Aerobie frisbee) is a rather simple coffee maker. The concept is part syringe – part French Press. The bottom portion of the coffee press consists of a screw-off screen with space for a filter. The top portion is a tight fitting plunger. The top half is like a large syringe – except instead of a needle on the end there is a filter cap for the coffee filter.

The AeroPress is simple to use.  You start by inserting a paper filter into the cap and attaching it to the bottom of the plunger. Place it over the top of your coffee cup. Add 1 to 4 scoops of coffee to the chamber, and then with 175 or so degree water. The number of scoops is determined by how large a cup you want to make, and your personal taste for coffee strength. For example – if you want to use the AeroPress as a single cup coffee press, insert one scoop of coffee and fill with hot water to the number 1 marker.

Stir the mixture for 10 seconds or so with the included stir stick and insert the plunger. Apply a light pressure and plunge the mixture down into your coffee cup and you have 1 to 4 scoops of espresso strength coffee. Add more water, milk or other ingredients to make your perfect cup of coffee! The entire process takes about a minute or two.

Here’s a surprise… As the AeroPress plunges, it cleans itself! Once you’re done brewing your cup simply unscrew the cap with the filter and plunge the coffee grounds into the trash. Rinse the unit and let it dry! The manufacturer even suggests rinsing and reusing the filter two or three times.

Note: The Keurig is still one of the easiest to use coffee makers we’ve tested. A good alternative for those days when you are running late for work or just need some quick coffee and don’t have the time for the AeroPress. We own both, and for good reason.

Although I was skeptical that a crazy looking contraption like this could do anything at all. Well, the coffee it makes comes out really smooth in my opinion and there is more  flavor to my favorite Cafe Special

coffee than I ever thought possible. If this type of creative coffee making isn’t for you after reading this article, you may want to try the Hamilton Beach Single Serve Scoop Coffee Maker

which makes a single cup from ground coffee without the expense of pods. I used to use this exclusively until the AeroPress entered my life. I suggest if you’re looking for a Keurig

alternative, you give this a try.

What others are saying:

Currently there are over 1,600 reviews on Amazon

of which 1,200 are 5-star. If you want to taste what may be the best coffee you’ve ever had… try the AeroPress! And if you decide to enter the World AeroPress Championships… please leave me a comment below!

You can buy the Aeropress

on Amazon. And currently with their free shipping it appears to be your best choice online. Click here

to view on Amazon.

Or if you want to make it simple to take along with you just about anywhere, Amazon sells one with a tote and an extra 350 filters for a few bucks more. Click here

to view on Amazon.

Still looking for a Keurig? Here’s our review on their latest offering.

Looking for some coffee to try out with your new AeroPress? Why not try Starbuck’s most popular coffee in your own home? Pike’s Place coffee blend has been Starbuck’s go-to product since the company began. And there’s good reason too. If you’re looking for a great medium-roast coffee for your Aeropress that will please just about any palette, try it. 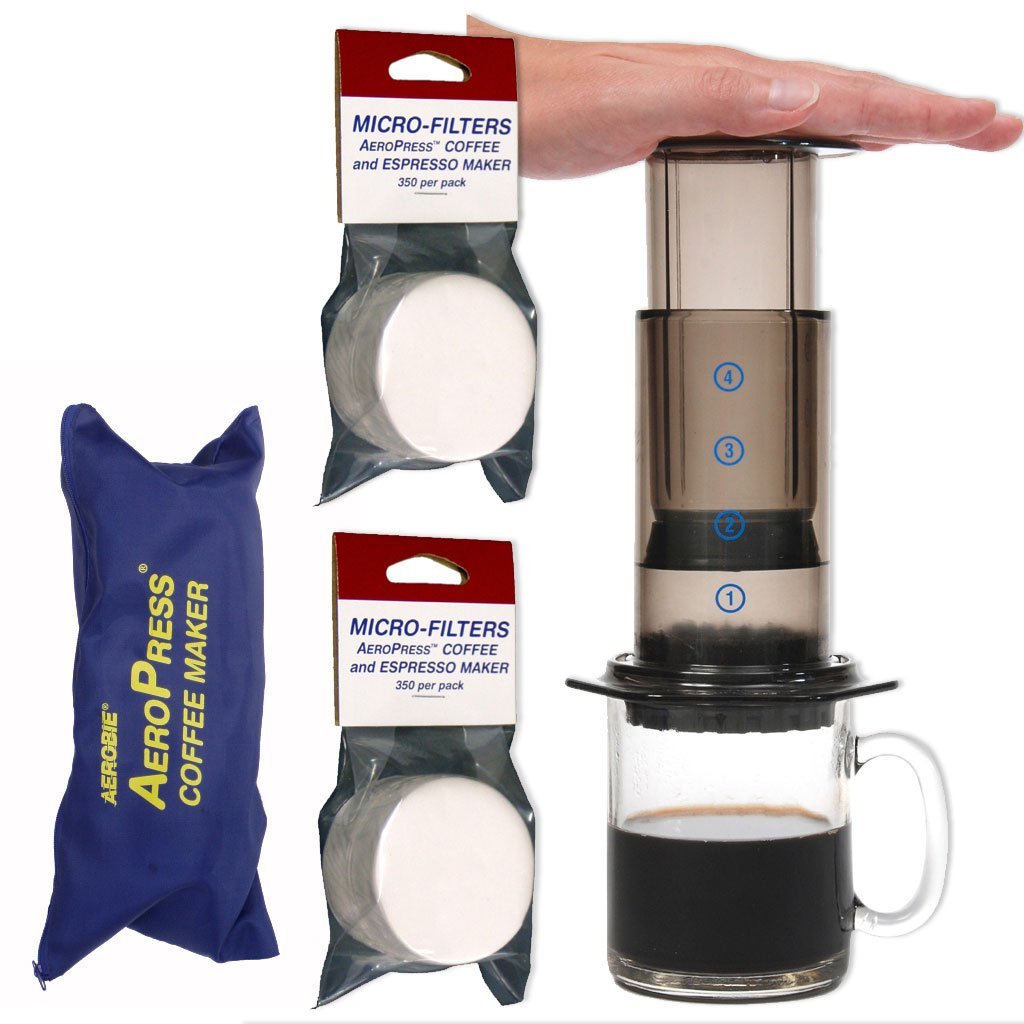 Comparison to other Brewing Methods:

If you’re curious as I was… (From AeroPress)

Drip Brewing
Traditional drip brewing passes water through a bed of grounds. When the water first drips into the bed, it’s typically too hot and bitterness is extracted. As the water filters downward through the bed, it becomes too cool and extraction is weak. The water doesn’t contact all of the grounds uniformly. Grounds at the edge of the bed are under-extracted, while grounds at the center are over-extracted and contribute bitterness.

Total immersion of the grounds in the AeroPress completely solves these problems. All of the grounds contact the same water temperature, and the brewing process is short and sweet. The gentle air pressure of the AeroPress also extracts extra flavor from the coffee. Ordinary drip brewers leave a lot of flavor in their soggy grounds.   The drip method cannot make a robust single cup because the small amount of water doesn’t heat the bed enough for rich extraction. It is also slow. AeroPress makes one to four servings with a single pressing in less than a minute. The flavor is equally rich for any number of cups.

Espresso Machines Most coffee lovers agree that espresso is less bitter than drip brew because of the shorter brewing time. However when we ran comparison taste-tests in the homes of espresso lovers, they all agreed that AeroPress espresso tasted better than the brew from their high-priced European espresso machines–why? The reason is that the total immersion brewing of the AeroPress yields a robust flavor at lower temperature–and lower temperature brew is far less bitter. Home espresso machines don’t allow adjustment of temperature. But even if they did, their lack of total immersion would not yield robust flavor at reduced temperature. In addition to smoother taste, the AeroPress has several other advantages over conventional espresso machines.

The filter in the French Press is at the top of the mixture. Because coffee floats, the floating grounds clog the filter and makes pressing and cleaning very difficult. Users are instructed to use only coarse ground coffee. But this reduces the amount of flavor that can be extracted from the coffee and necessitates long steeping times which extract bitterness.

Furthermore, even coarse ground coffee includes many fine particles. These small particles pass through and around the filter resulting in a bitter, gritty brew. The particles in the brew continue to leach out bitterness. Consequently French press users are advised to drink or decant the brew immediately. Also, some particles clog the filter screen making pressing and cleaning very difficult.

AeroPress coffee is micro-filtered. It so pure and particle-free that it can be stored for days as a concentrate. The concentrate can be drunk as espresso, mixed with milk for lattes, or diluted to make American coffee. French presses cannot make espresso or lattes. Finally, cleaning the French press is quite a chore. The AeroPress chamber is self-cleaning. A ten-second rinse of the plunger is all that’s required.

Owning and using an AeroPress is like belonging to a club and there is no shortage of clubs you can find online. Take a look at some images and links to the more unique and creative ones I’ve found below: 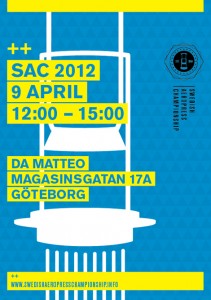 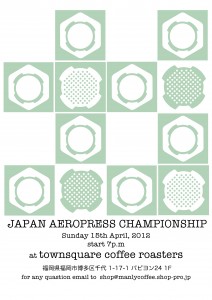 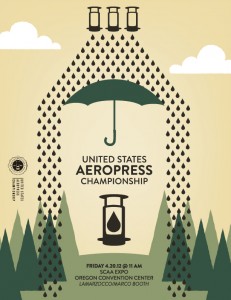 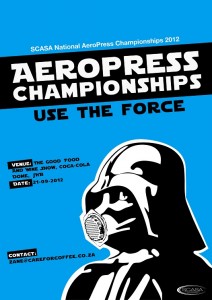 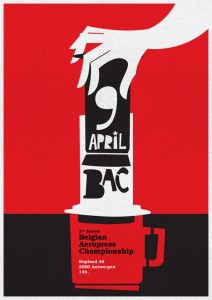