It’s becoming clearer now at this year’s CES that this is a fact. And like with the very first high definition TV’s, the first 4K sets we’ve seen have been outlandishly expensive. Lesser known HDTV manufacturer Seiki is challenging the larger manufacturers with a 50″ 4K TV at under $1,500 making it extremely competitive to others on the market going for $10,000 and more. They also make a 39″ version for under $500 making it more affordable than ever to have the latest technology and resolution in your home or Home Theater.

Read on for what you need to know before jumping in and buying your first 4K Ultra HD TV!

Let’s first discuss what 4K actually means. The graphic below reflects the dramatic increase in pixels. 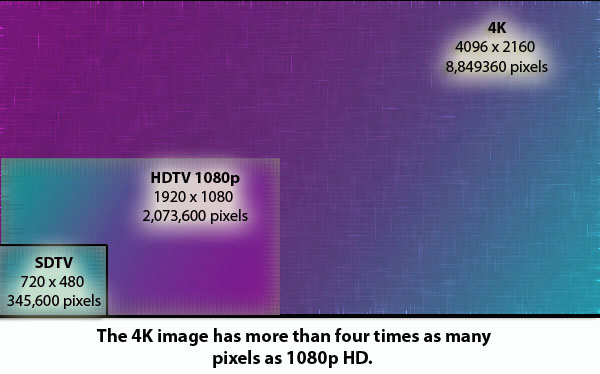 Definition: The term 4K references two different high definition (HDTV) pixel resolutions; 3840×2160 or 4096×2160. 4K is four times the pixel resolution, of 1080p (1920×1080) that is one of the widely available current consumer high definition resolution standards. The other resolutions currently used are 720p and 1080i. 4K is now officially designated as 4K Ultra HD or UHD (for consumer electronics) and also simply called 4K.

What 4K Means for Consumers

Officially 4K TV is known as Ultra HD, and gives us an immensely improved display image of video for large screens. The more resolution translates to reducing the ability for viewers to see visible pixels, unless you sit so close to the screen you could reach out and touch it. This gives you even smoother edges and more apparent depth than the current maximum of 1080P.

How close should you view a 4K TV?

The International Telecommunications Union, (here is their official press release if you’re interested) you can sit about two times as close to a 4K TV (or 1.5x screen height) as compared to a regular 720P or 1080P HDTV (3 times screen height) of the same size.

As of early 2014, there is little video source material available that is actually in 4K Ultra HD resolution. The TV, video projector, or outboard video processor, has to upscale the incoming 3D or 2D signal from current 1080P signals to the desired 4K resolution.

It’s not nearly as optimal as real 4K, depending on the quality of the content you’re viewing, upscaled video can appear much better than what you see on a typical 1080p set. Standard DVD movies won’t look too good on a big 4K TV, but a good HD broadcast, cable, satellite, or Blu-ray disc can look amazing.

Blu-ray Discs do have the capability to accommodate 4K resolution content, but new disc layers would have be added to provide the space for a complete movie. Some Blu-ray Disc players have built-in 1080p to 4K up-scaling capabilities.

Netflix has indicated at CES this year that they will begin transmitting 4K Ultra HD material soon. No news if a new Roku or other type player may be necessary to receive those signals. 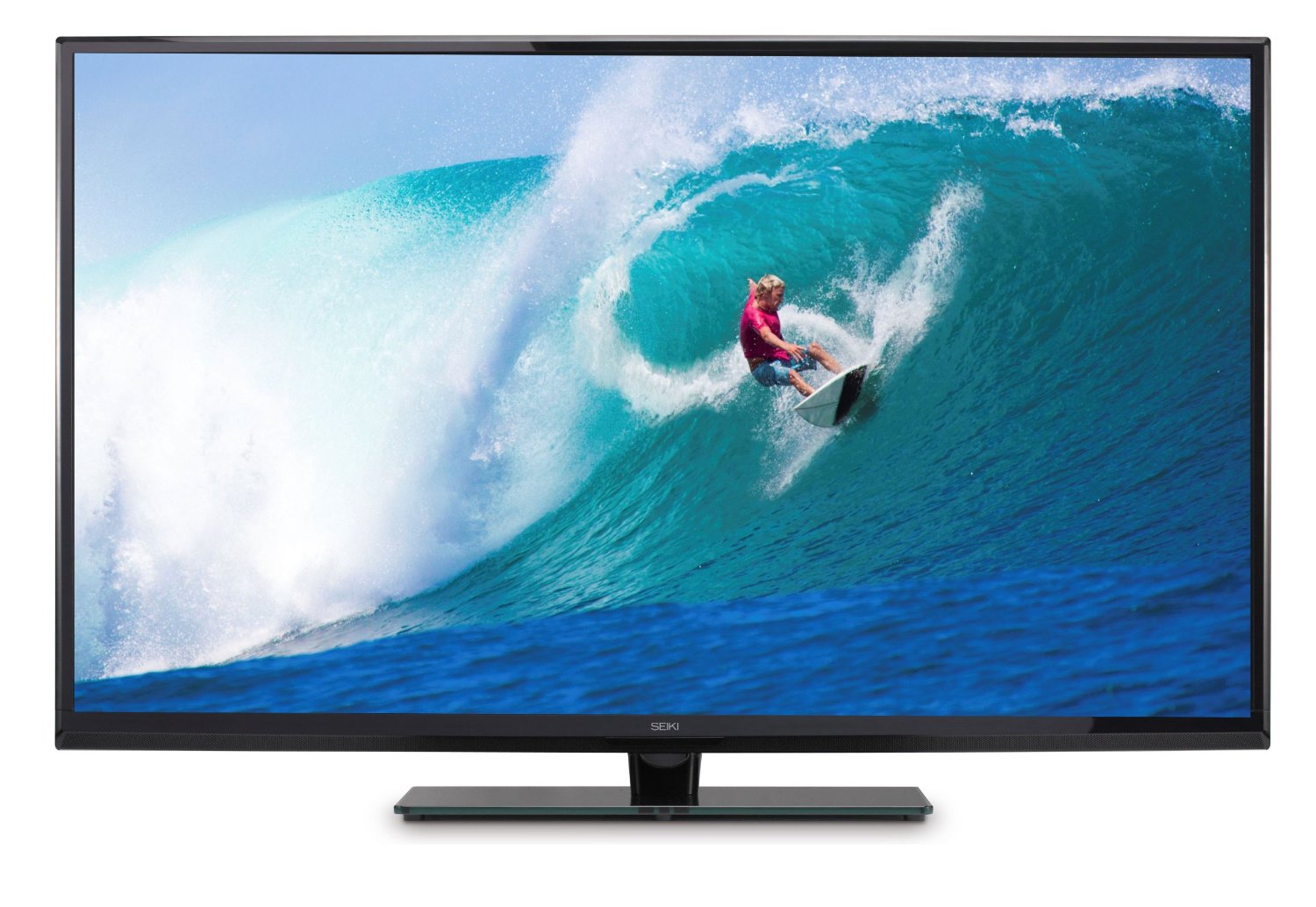 Design
Seiki’s SE50UY04 50″ 4K TV that can usually be found for under $900 is contemporary in design, with a small, glossy black bezel Surrounding the entire screen. It’s somewhat concave at the edges giving it a sense of depth. The base is black glass adding to the contemporary look. A light located near the bottom of the screen changes to blue after the unit is turned on. It appears as red when off.

Connectivity
The rear has a USB port, an HDMI port, component video inputs, and a 3.5mm headphone jack which all face to the left. Two additional HDMI ports, one USB port, a VGA input for your laptop, coaxial, and RCA stereo inputs, along with an F connector for an antenna face downward. Manual controls are on the right side of the screen. You’ll probably be using the included remote or your own programmable remote however.

With the Seiki SE50UY04 there is no network connectivity, meaning no online services such as Netflix or YouTube built-in. I’ve never been a fan of built-in apps due to the fact they are rarely updated and after 3 years or so some of them stop working. Get a Roku box for that and you’ll be happy. It supports 120Hz refresh rate putting it slightly above many budget sets which sometimes are as low as 60Hz.

You can buy Seiki’s 50″ 4K TV at Amazon along with free shipping at the lowest price we’ve seen here. Click here to view on Amazon. 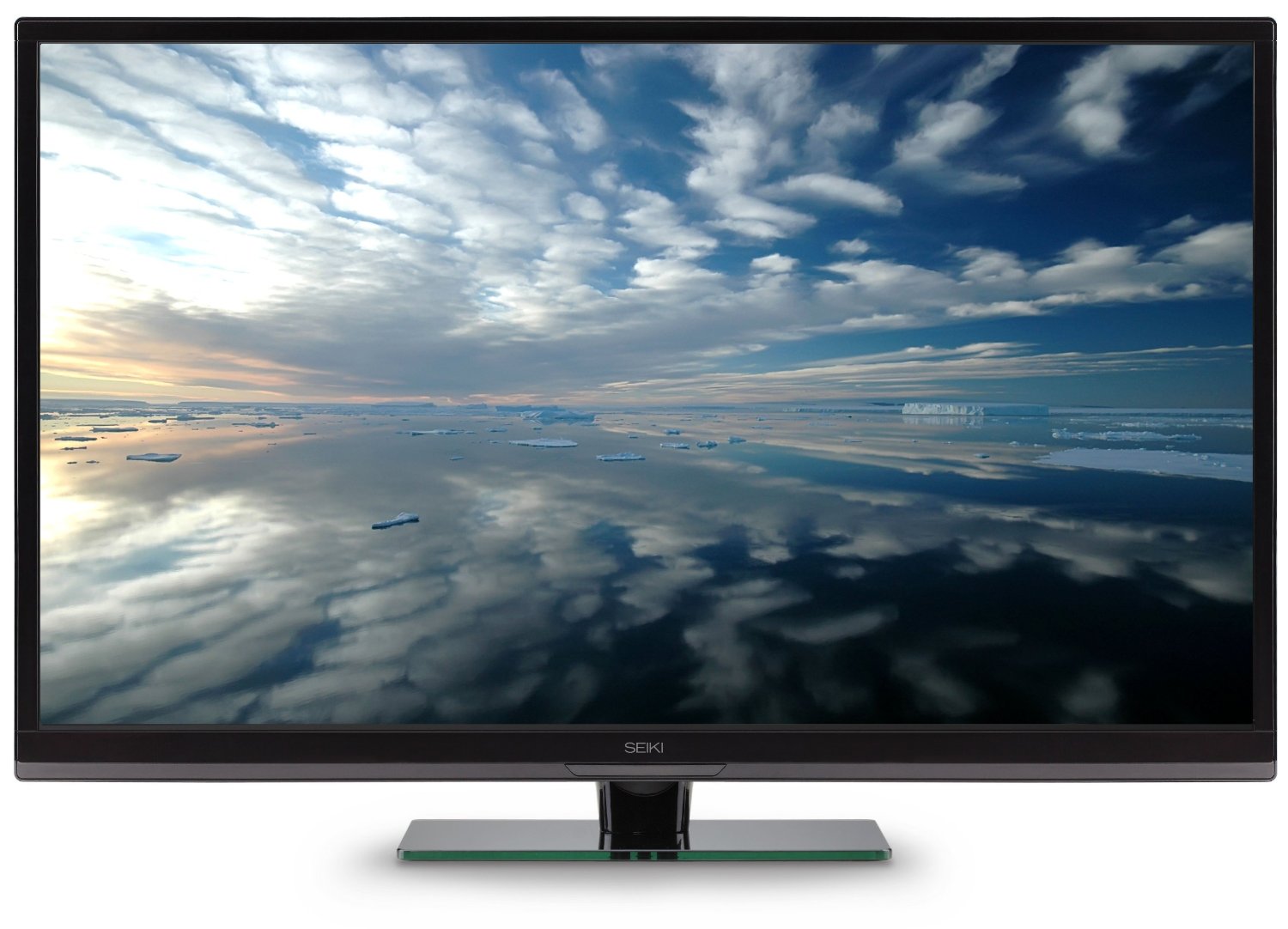 The 39″ size lends itself to a large bedroom, or many living rooms where you may not want a giant TV taking up much space.

Seiki’s SE39UY04 39″ 4K TV can typically be had for under $500 with almost identical specs as the 50″ model. You can buy Seiki’s 39″ 4K Ultra HD TV at Amazon along with free shipping at the lowest price we’ve seen here. Click here to view on Amazon. 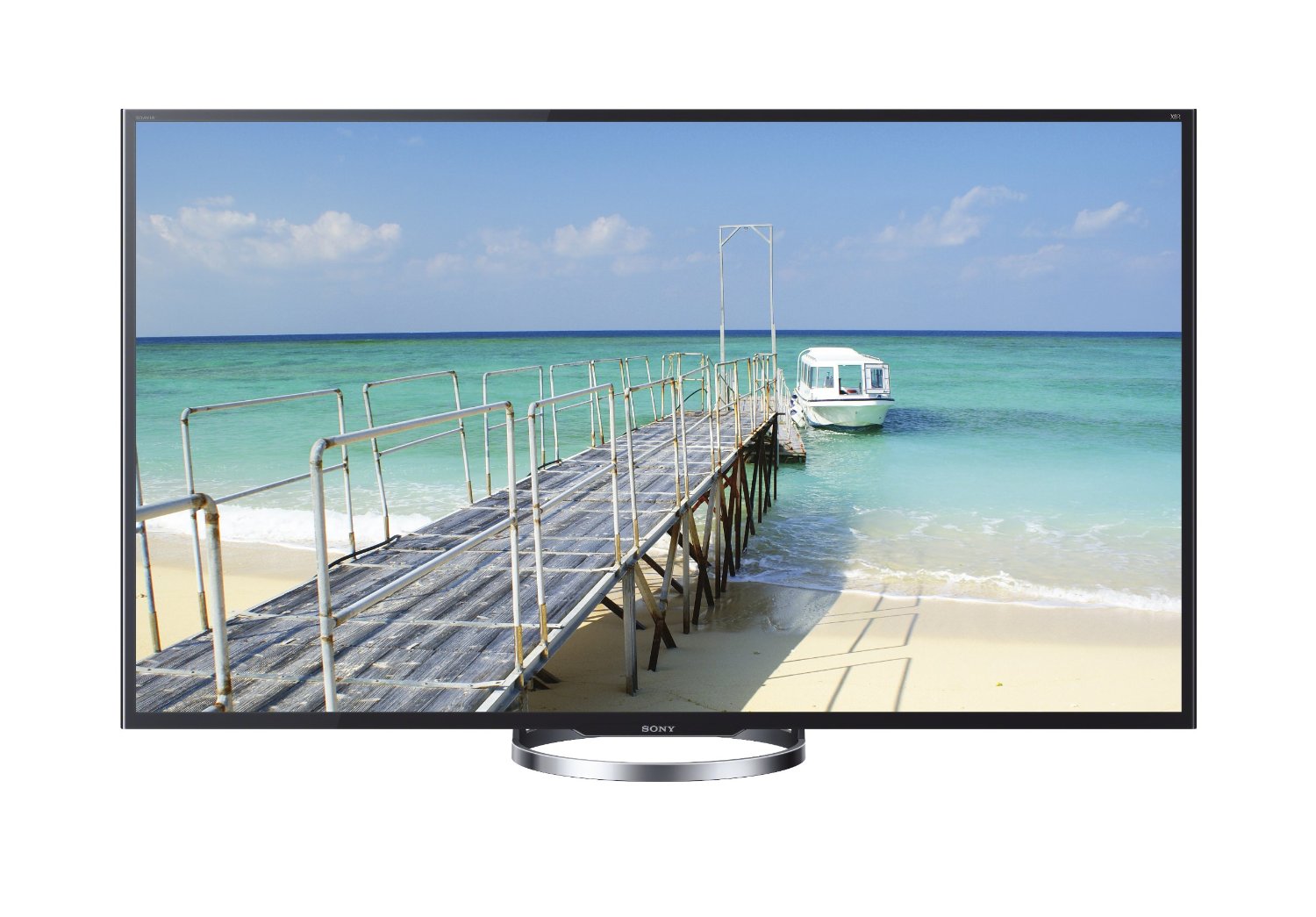 For those with a much higher budget, Sony’s XBR55X850A 55-Inch 4K Ultra HD is available at just under $3,000 at most places. Take a closer look here for full specs.

For more Home Theater related guides go here, or explore our site on your own.